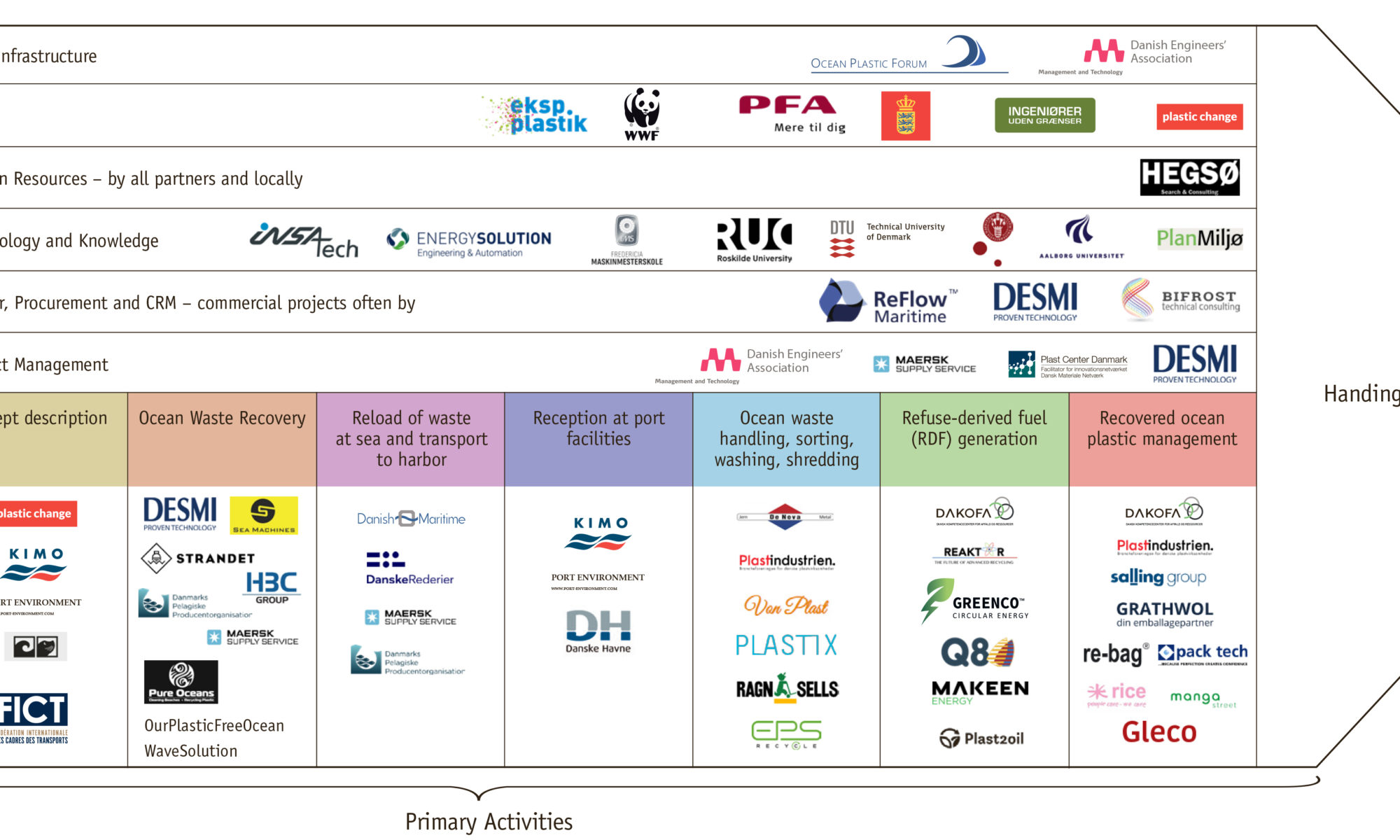 Plastic can be a valuable resource for recycling as for example demonstrated by our collection effort via volunteers along the western coast of Jutland and Indonesia and subsequent production of plastic products such as recreational furniture and iPhone covers.

In 2017 several Danish organizations, companies and research institutions joined forces within such a partnership labelled the Ocean Plastic Forum.

A not-for-profit company with the same name, was formed in 2019. This partnership in 2020 consists of more than 60 members,  including five industry associations, five universities, five NGO´s and more than forty companies operating within one legal frame – Ocean Plastic Forum.

The purpose of the partnership is to gather different plastic litter contractors and partners in the solving of small as well as large turnkey projects. The consortium creates a greater synergy by utilizing the different disciplines of the members as well as making the schedule smooth by considering the various peaks of the production and services of the member companies. Partners have contacts in amongst other Indonesia and India within local companies and port&waste authorities.

Project references by the partners include the collection and recycling of plastic waste found along several beaches, rivers and harbours of Indonesia as well as the West-Coast of the North Sea, lab analysis and operational  testing of collected plastic in plastic factories, collection and processing of plastic waste from two major Indian cities, as well as full-scale demo projects in the North Sea. Lately several technical development projects have been included in the portfolio, to ensure that technological gaps in the supply chain are filled-in or stream-lined.

Members of the Ocean Plastic Forum decide on a case-by-case basis to get involved as subcontractors – and will be headed by a main contractor.